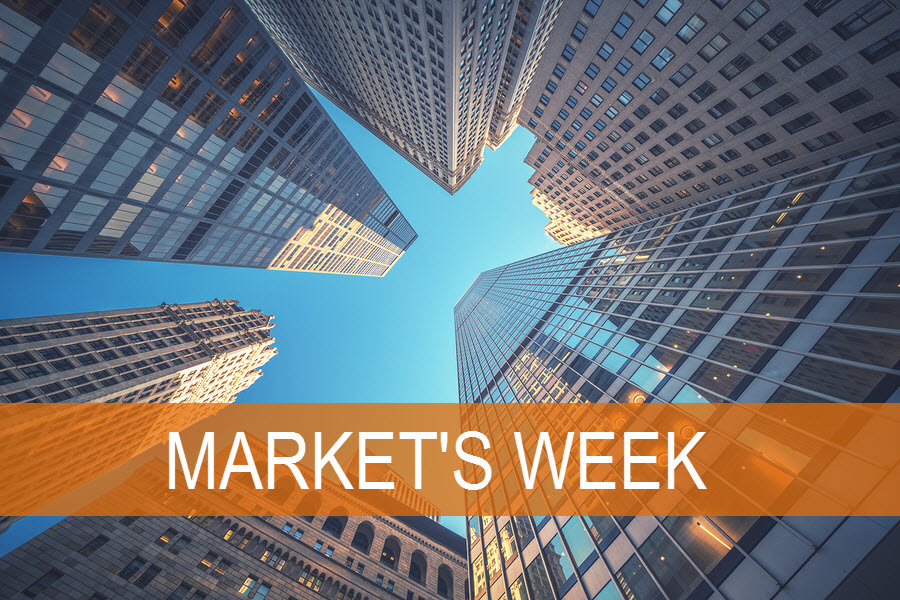 Fed officials remove “patient” from official stance. Find out more in this edition of “The Week in Review.”

Easy leaning central banks power global equities higher. Global equities gained 2.4% last week, aided by dovish messaging from central banks globally1. All the major regions saw weekly gains, but emerging market equities responded most favorably up 3.7%2. Geopolitical events further impacted oil markets, after Iran shooting down a U.S. drone led to an immediate 4.5% jump in Brent crude oil prices3. On the trade front, the U.S. and China confirmed their leaders would meet at the G20 meeting, while reports surfaced that Apple is evaluating moving part of its production out of China4.

Fed officials remove “patient” from official stance. Wednesday’s Federal Reserve meeting concluded with the central bank ready to act to sustain the economic expansion if necessary. Fed Chairman Jerome Powell acknowledged that muted inflation and economic growth uncertainty due to the trade war, have boosted the case for accommodative policy. Fed officials will monitor incoming data to determine if a cut is necessary in the near future5. Markets took the Fed’s comments as dovish with the 2-year Treasury yield dropping 12 basis points after the meeting and ending the week at 1.77%. Additionally, Fed funds futures now imply a 100% probability of a 25 basis point rate cut in July in addition to a 28% probability of a 50 basis point cut. Markets are also pricing in a 68% probability of at least 75 basis points of easing by year-end6.

Mixed results across regions in flash manufacturing PMI data. Flash Purchasing Manager’s Index data released last week included signs of improvement in Europe and modest declines in the U.S. The manufacturing reading increased to 47.8 in Europe, while the U.S. figure fell somewhat short of consensus to 50.1, just above the line (50) that signals an expansionary versus contractionary environment. Services readings representing the consumer side of the economy followed a similar pattern, with small improvements in Europe and a modest drop in the U.S.

ECB stands ready to stimulate economic growth. At a conference last Tuesday, European Central Bank (ECB) President Mario Draghi stated that the central bank would be willing to apply stimulus measures as early as July in the face of severe risks to the growth outlook. Officials would look at a number of measures such as reducing the main policy rate further below zero and restarting the asset purchase program. In other central bank news, the Bank of England (BOE) acknowledged that the UK growth outlook was weakening but seemed less eager to join other major central banks and shift to further accommodation. The BOE thinks it may need to hike rates in the future, though markets are expecting rate cuts – but much of this will depend on the Brexit outcome. The Bank of Japan (BOJ) also met last week and left policy unchanged7.

U.S.-China talks a main focus for investors at G20 summit. Investors are looking for incremental trade news between the U.S. and China during or after the G20 leaders’ summit. Markets may respond positively in the short-term to an announcement of continued trade talks between the countries or a delay to the additional U.S. tariffs of 25% on $300 billion worth of Chinese goods. A more negative outcome could weigh on global equity markets, though the downside risks to the global growth outlook associated with increased U.S.-China tensions will have central bankers across the globe ready to pull the accommodation trigger if necessary8.

No major changes anticipated in global inflation readings. The U.S., Germany and Europe will post inflation readings throughout the week. Core personal consumption expenditures, the Fed’s preferred inflation measure, is expected to remain unchanged in May at 1.6% year-over-year (y/y). Europe is expecting a slight increase to the core Consumer Price Index (CPI) while Germany is anticipating no change from the prior month. Inflation has been struggling below central banks’ 2% target for a while now across nearly every major developed market, helping bolster the case for more accommodative policy. In addition, surveys in the U.S. and Germany will give a pulse on consumer confidence early this week while China’s PMI readings will provide investors with more insight on the health of its manufacturing and services sectors. 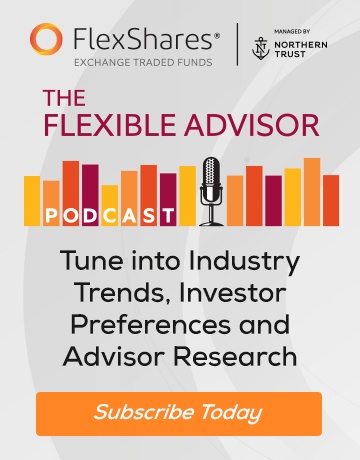