Which Money Matters Keep Wealth Creators Up at Night?

Debt, children's education, dream business, vacation home, retirement. Wealth creators know that smart money decisions hinge upon prioritizing financial goals that compete for a finite amount of dollars. Yet, even for HNW primary income earners, it can be challenging to prepare for the future when money is still addressing the past.

Executive investors have sought out financial advisors with the knowledge, skills, and service models to support their often complex financial choices. There is a growing number of women who are creating wealth as they take responsibility for the financial security and future of their families, and in many cases out-earning male partners. Advisors who want to be known as a valued resource can't afford to make assumptions based on outdated gender stereotypes.

As part of the FlexShares Executive Investors survey, we spoke to high earning men and women, across nine targeted U.S. markets, to learn more about their top financial goals and concerns. To take part in the survey, respondents had to earn 50% or more of household income and have more than $1 million in investable assets outside of qualified retirement plans and their primary residence. We discovered that goals of HNW primary breadwinners were tied to optimizing their lifestyle, minimizing work while maximizing purpose.

Which financial matters keep HNW primary income earners up at night? We posed an open-ended question to give participants an opportunity to describe, in their own words, their top financial worry. While 22% indicated they had no one particular concern, the most common responses revolved around income security (13%), risk management (8%) and asset management (8%).

Our results also indicated that wealth levels may play a role in prioritizing aspects of financial management for the HNW demographic. Wealthier respondents indicated they were more preoccupied with debt than retirement. On the other hand, the least wealthy of our HNW respondents were comparatively more likely to express concern about retirement.

Other factors that might influence financial concerns include geography and age. When we looked at geographical trends we discovered "Debt" was far more likely to be a top financial worry in Washington, DC than in other metro locations. Planning for retirement was a more popular top goal for participants age 55 and older. This older group was also less concerned about meeting unexpected needs via portfolio performance, 27.1% for ages 55+ (versus 43.7% for ages 35-44 and 42.1% for 45-54).

Future vs the Unexpected?

We asked respondents about top current financial goals and objectives. We observed significant gender-based differences in the results. For example, male primary breadwinners were more concerned with "providing for future generations" (69.7% versus 30.3%). Women, in contrast, were more focused on preparing for the worst" (58.9% versus 31.1%), potentially another indicator of how women view risk management.

HNW female breadwinners may have nuanced approaches to thinking about money and portfolio management, but they are like their gender counterparts in many ways. Foremost, they want advisors who can offer the expertise, perspective, and respect that helps them address their goals and concerns. Download our white paper and stay tuned to our blog series to learn more about what executive investors want from advisor service models. 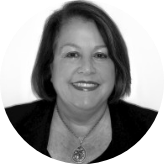 Laura is Director of Practice Management and Advisor Research at FlexShares Exchange Traded Funds, managed by Northern Trust. She is also a host of The Flexible Advisor podcast. Laura is focused on leading the firm’s proprietary advisor and investor research and building programs to engage advisors and asset managers through industry intelligence and best practices to help them grow their businesses. She speaks regularly at industry events on a range of business building strategies. Her insights have been published in U.S. News & World Report, InvestmentNews, Financial Advisor Magazine, CIO Magazine and other industry publications.

A New Look at Primary Breadwinners: Introduction to the series on Winning Executives

Last year, Forbes magazine set the internet on fire with the inclusion of ...

Rethink your assumptions around appetites for risk by gender

For investors seeking income diversification while focusing on value and quality issuers.

For investors seeking an investment that emphasizes US quality and low volatility.

For investors seeking a core investment utilizing all three aspects of ESG.